You are here: Home / Health / Turmeric Curcumin Plus Review: Does It Work?

Turmeric Curcumin Plus is an example of an organic turmeric curcumin supplement. Products with turmeric have been making rounds lately because of its many known benefits.

Did you know that Turmeric is a bright yellow Indian spice that has been used for decades? Amazing, isn’t it?

It comes from the root of the turmeric plant. Traditionally, it is used for dying, cooking, and even curing all sorts of medical maladies.

Its active compound called curcumin is anti-inflammatory. Did you know that it is a great non-drug alternative to pain management and anti-inflammatory medicine? But we’ll find out more about that later on as we review Turmeric Curcumin Plus.

But first, let’s zero in on the advantages of using turmeric. 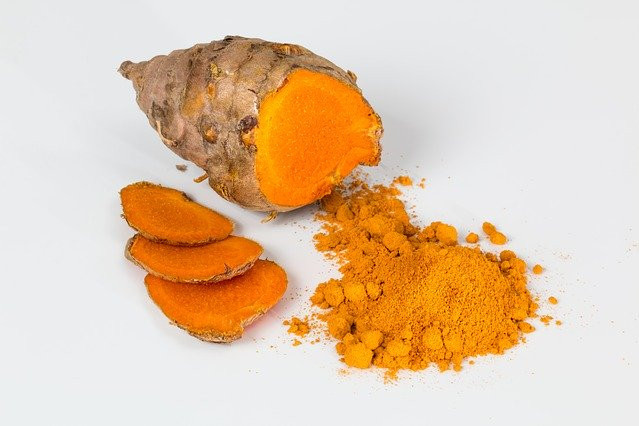 There is an abundance of studies that pertain to turmeric’s capability to enrich the body and mind. Below are the benefits that are cited from those studies:

1. It has Bioactive compounds.

Turmeric has compounds called curcuminoids, but the most vital of all is curcumin. This curcumin is a very powerful antioxidant and anti-inflammatory. The thing is, turmeric only has about 3% curcumin content. Therefore, adding a little bit of this spice in your food will not suffice. To maximize its healing abilities, you need to take an organic turmeric curcumin supplement with a sizable curcumin content.

It also helps to take a turmeric supplement with piperine in it so that all the nutrients can be properly absorbed by the body.

2. It is a potent anti-inflammatory.

Believe it or not, inflammations are useful for the body. It aids your body in its fight against foreign intruders. Plus, it helps in healing damages incurred by the body. If not for inflammations, your body will be easily defeated by bacteria will kill you.

It was found in studies that curcumin is a strong anti-inflammatory that can compete with anti-inflammatory drugs sans the negative effects. To make the explanation short, curcumin can inhibit the molecules which are known to cause inflammation.

We need antioxidants in our body as they safeguard us from free radicals. Free radicals are the main causes of aging and a slew of diseases. Fortunately, curcumin can weaken free radicals while boosting the body’s antioxidant defenses.

Several brain illnesses are caused by the diminishing levels of Brain-derived Neurotrophic Factor (BDNF) hormones. Those diseases include Alzheimer’s and depression.

Luckily, curcumin can raise BDNF levels (as mentioned earlier). This results in preventing or even reversing age-related brain disorders and other brain illnesses. This can also make you sharper with better memory.

5. It can reduce risk of getting heart disease.

Curcumin is known to enhance the functioning of blood vessel lining, which is called endothelium.

When you don’t take better care of your endothelium, it can limit its ability to regulate blood pressure, blood clotting, and more. This is called endothelial dysfunction and is one of the main causes of heart disease.

In a study, curcumin showed that it is as powerful as exercising, while another study proves that it can compete with the drug called Atorvastatin. Moreover, it can lessen inflammation, which is helpful in maintaining your heart’s health.

6. It can stop the onset of cancer.

Cancer is a manifestation of an uncontrolled cell growth. However different each type of cancer may be, they have a few things in common. One of which is that they can be affected by organic turmeric curcumin supplements.

According to studies, curcumin has been found to be effective in dealing with cancer development, growth, and spread. It is even said to kill cancer cells and hamper the development of new blood vessels in tumors.

When tested on animals, it was found that curcumin can contain cancer cell growth and tumors. But this has to be further studied.

7. It can fight depression.

In one study, a group of 60 people suffering from depression was divided into three groups. A group consumed Prozac, another took one gram of curcumin, and the third group tried Prozac and curcumin.

In 6 weeks of trial, the third group showed the most promise. Those who took curcumin had the same results with those who took Prozac. In other words, curcumin can be a competent anti-depressant.

Depression can also be associated with low levels of BDNF. Fortunately, curcumin can increase BDNF levels.

But wait, there’s more. Curcumin may play a huge role in avoiding Alzheimer’s Disease, and treating arthritis. It can even be used for delaying signs of aging and fighting chronic diseases.

Now that we know about the turmeric’s healing capabilities, let us now proceed with reviewing an organic turmeric curcumin supplement named Turmeric Curcumin Plus.

What Is Turmeric Curcumin Plus? 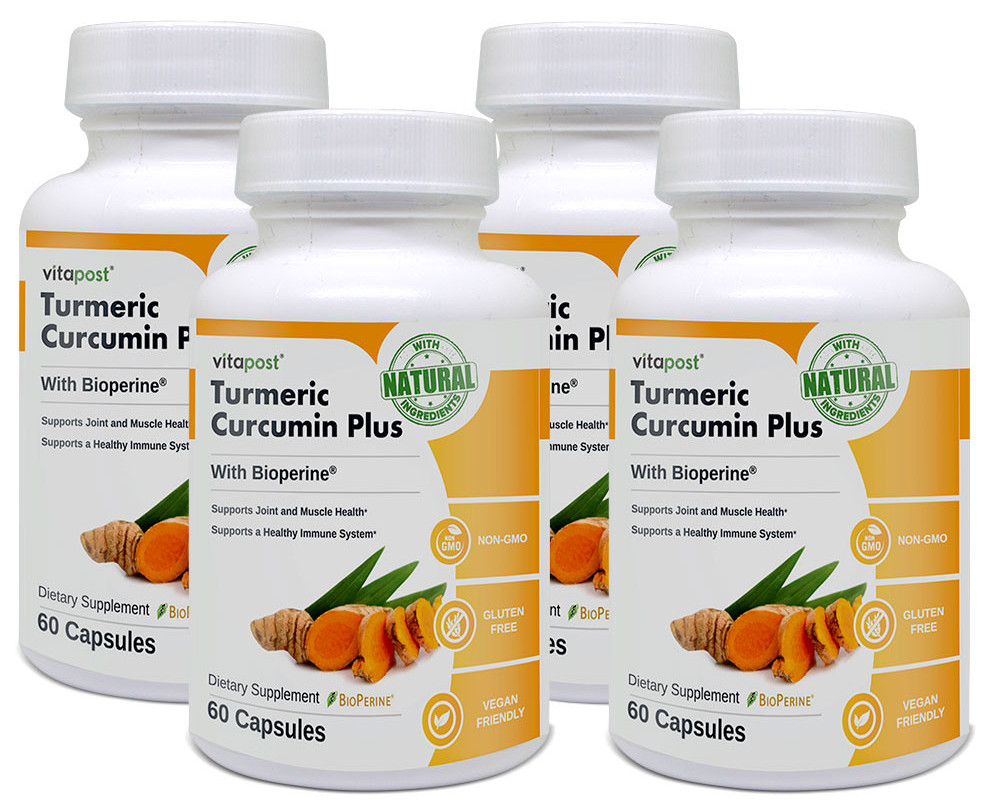 Based on studies and research, turmeric has plenty of health benefits. Thus, we can think of it as a superfood.

Turmeric Curcumin Plus is a dietary supplement that contains Bioperine, natural turmeric, and curcumin. As per its manufacturer, this organic turmeric curcumin supplement is made up of 60% Bioperine and turmeric extracts, and 20% curcumin.

Those ingredients are specially combined to maximize their potency. In addition to that, they play a huge role in enhancing joints and muscle health, cardiovascular condition, brain functioning, and healthy weight loss. Most importantly, it boosts your immune system.

What Are the Ingredients of Turmeric Curcumin Plus? 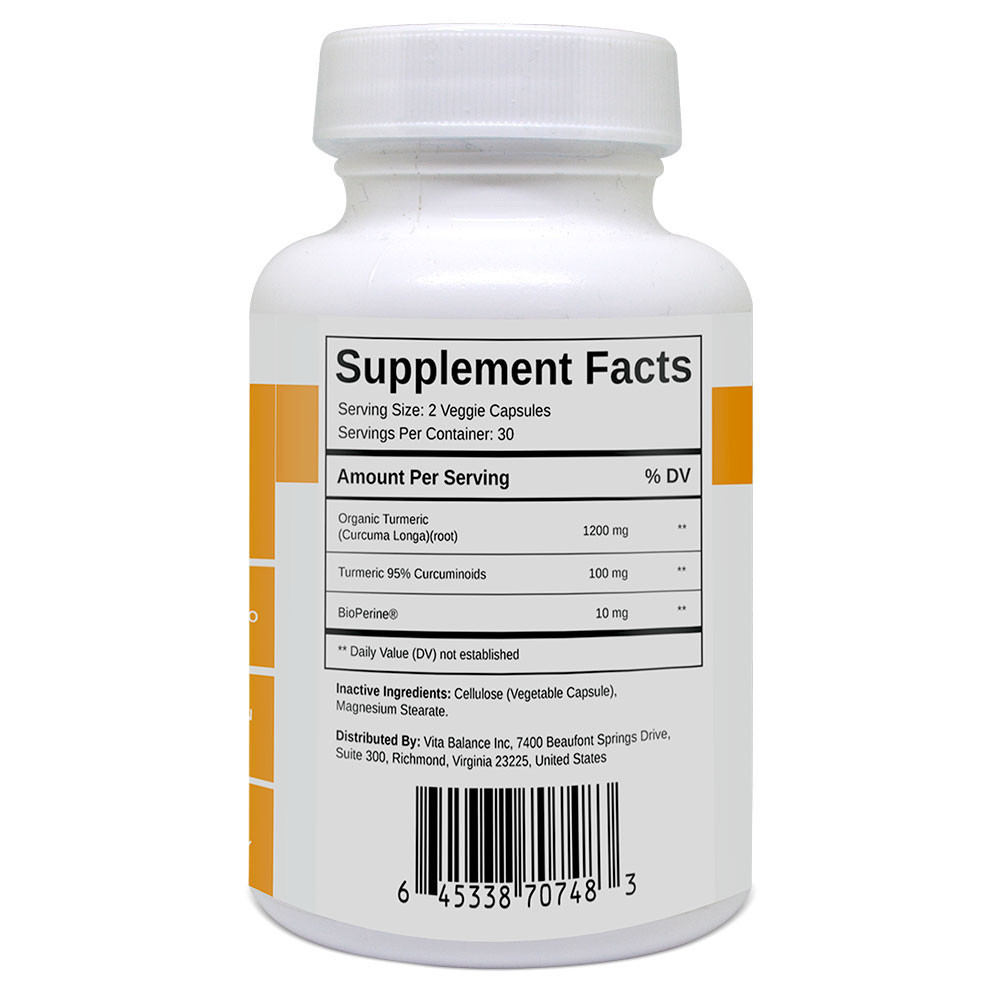 The manufacturer says that it is made of all-natural ingredients. Here they are:

What do you think of this organic turmeric curcumin supplement ingredients? I think its combination makes Turmeric Curcumin Plus effective.

Got more questions about Turmeric Curcumin Plus? Check the list of queries below to see if you can find what you are looking for.

It’s suggested to take 2 capsules once a day 30 minutes before your meal. However, you can consult your doctor or pharmacist about the dose.

2. Does it have any side effects?

Turmeric Curcumin Plus is an organic turmeric curcumin supplement so it means that it is made of natural ingredients. It is safe and it does not have any known side effects. But if you feel odd symptoms, please talk to your doctor.

3. I have arthritis. Is it safe to take this?

Yes, it is safe to consume as it can help manage arthritis. As mentioned, it can support joint and muscle health so it is right for you.

Most of the reviews we have seen speak about its good performance. Customers seem to trust this product as they are recommending it to others as well.

Yes, the manufacturer has a 30-day return policy. You can get a full refund if you return it in its original package. 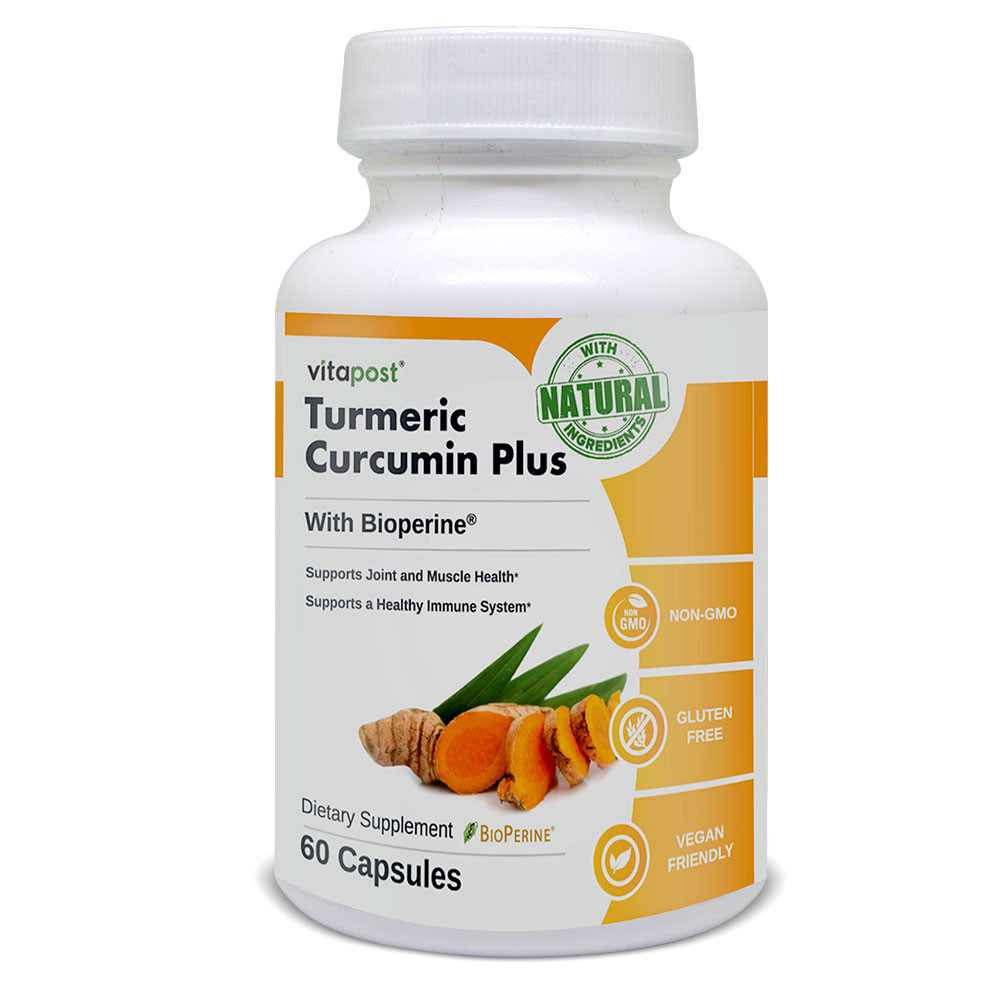 Let me tell you honestly that this supplement has a few drawbacks. It might cause dizziness and nausea, or even an allergic reaction to some people. Therefore, I advise you to consult with your physician regarding the ingredients before consuming it. This is really important so don’t forget about this.

Again, Turmeric Curcumin Plus is backed by a 30-day money-back guarantee. This means that the manufacturer has full confidence in its product. Plus, there are already a handful of good testimonials sent in by its consumers.

But if you think about it, turmeric alone has already been a superstar in the medical field and is even supported by several studies. Decades of experience from Asian users (plus clinical studies) can vouch for its efficacy. Thus, it is safe to say that anyone looking for an organic turmeric curcumin supplement should purchase the Turmeric Curcumin Plus.

All in all, I think this organic turmeric curcumin supplement called Turmeric Curcumin Plus is worth trying. What say you?

Click here to read comprehensive review of Turmeric Curcumin Plus

If you’re wondering about taking turmeric to reduce cellulite, read about turmeric for cellulite.